Maintaining Your Windows for Optimal Performance

Adding window film to the inside and/or outside of your panes is a great way to increase their efficiency. Most people think of tinted window films that help reduce solar absorption and help to fight against heat. However, window films can also benefit in cold climates. They reduce the rate of heat loss, so you won't be losing as much heat through your window glass. Basically, window film will make your window more energy efficient during both the summer and winter.

Installing window film is a relatively basic project that doesn't require any special tools or supplies. This article explains the best techniques for applying window films to residential fixtures.

You need to start by thoroughly cleaning your windows. Be especially sure that the corners are clean and free of build up that could later cause the feel to peel up. Also, make sure you use lint free rags, or else you could have air bubbles under the film.

What You Need for the Job

Most window film kits come with most of the supplies and tools you need for the job. Generally, they will include the film and the adhesive solution. Some kits include a small squeegee. Otherwise, you can use a generic window squeegee. Most importantly, you need a sharp utility knife or razor blade to cut the edge of the film as you apply it.

Once your windows are clean, you spray the adhesive solution onto the glass. Then, you immediately start to apply the film. You don't need to cut the film to the right size before applying it. Instead, you use the squeegee to press the film firmly against the glass. Continue to squeegee the surface until all of the air bubbles are out. You basically push the bubbles outward, toward the window frame. Then, you use the razor blade to cut the film right along the line of the window frame. After you make the cut, peel away the excess film. Then, use the squeegee to further press down the edge of the film.

This is all you need to do to successfully install window film that will stay adhered to your windows for many years. Of course, the job is a little more difficult on the exterior side of the windows because you need to climb a ladder. Window film on both the inside and outside of your panes can greatly increase the efficiency, so contact a company, such as Sunblockers Window Tinting, for more help. 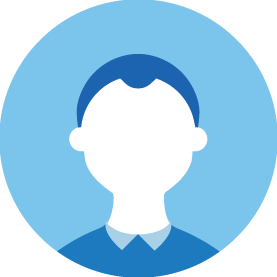 The windows in your home do more than simply let light in if they aren't properly taken care of throughout the years. Excessive moisture buildup is a common problem with windows, especially when the insulation around the glass is worn or damaged. Cracks and chips can impact the interior temperatures too, which can be pretty costly to have repaired. Luckily, it's easy to keep your windows in tip-top shape with the help of a few do-it-yourself techniques. This blog is designed to provide information about insulating windows for energy efficiency, decorating windows for added home and glass protection, and maintaining windows for optimal performance. Hopefully you'll be able to put some of the options here to use!